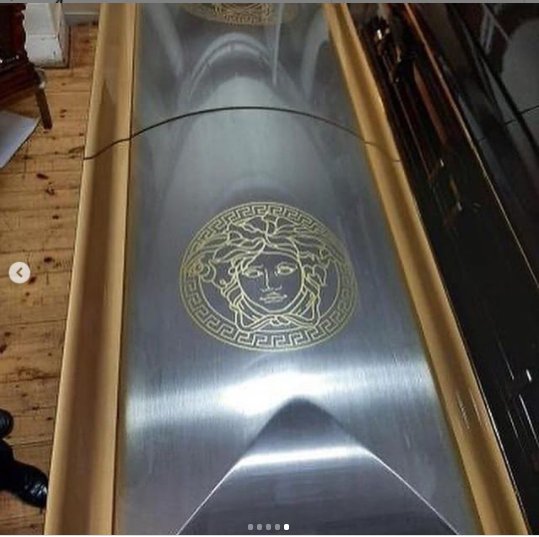 Pretoria – Thousands of people from Zimbabwe and different parts of the world thronged the usually sleepy town of Domboshava on Saturday to pay tribute to extravagant Harare businessman and socialite Genius “Ginimbi” Kadungure who died last week in a car accident.

Kadungure, whose business footprint extended into South Africa and Botswana, died on November 8 at the accident scene along Harare’s Legacy Way (formerly Borrowdale Road) in the early hours of the morning.

His imposing R5 million Rolls-Royce Wraith crashed into an oncoming Honda Fit before it veered off the road, smashed into a tree and went up in flames.

Three other three people who were with Kadungure in the Wraith were burnt beyond recognition, but the socialite’s body was reportedly flung out of the vehicle during the collision.

The three are Zimbabwean popular influencer and physical trainer Michelle Amuli, 26, better known as Moana, and Limumba Karim, a Malawian national wanted in his home country for grand fraud, and a woman from Mozambique named only as “Elisha”.

State-owned Sunday Mail newspaper reported that the little-known Domboshava settlement of Domboshava was turned into a sea of expensive vehicles as the who’s who of Harare and beyond paid their last respects to the socialite.

Among those in attendance were senior government officials, businesspeople, celebrities and ordinary people.

Privately-owned NewsDay reported that there was a “war” over Kadungure’s body as funeral parlours jostled to lay to rest the highly popular figure in Zimbabwe and in the Southern African Development Community (SADC) region.

The publication reported that the body was initially managed by Nyaradzo Life Assurance, but was later taken to Doves Funerals parlour.

A family source however told NewsDay that Ginimbi’s family had approached Nyaradzo first, but they later discovered that he had a policy with Doves in South Africa, which operates as Zororo Phumulani, and that was when they then collected the body from Nyaradzo and handed it over to Doves to handle everything.

Ginimbi was buried at his palatial home on Saturday in a customised Versace coffin with a medusa print.

The coffin was imported from South Africa, courtesy of his well-to-do associates under the banner Friends of Ginimbi.

The socialite’s imposing mansion – complete with six furnished bedrooms, a fully equipped gym and a 14-seater state-of-the-art cinema – has the Versace logo on its opulent doors.

On Friday, a high adrenaline send-off for Limumba Karim, who was also known as Karim Cazal, was held at the plush business district in Johannesburg, and attracted an assortment Italian sports cars, German and British luxury SUVs and sedans.

Speculation over the source of Ginimbi’s wealth has continued to dominate social media following his tragic death.

Official records reveal that the 36-year-old businessman was the founder and chief executive of Pioneer Gases which is a subsidiary of Piko Trading. Piko Trading has under its wings South Africa-based Rivonia Gases and Botswana based Pula gases.